The History of Dyrup

Dyrup was founded in 1928 by Sigurd Dyrup. During World War I in 1917, his employees sent the young engineer to America. His job was to find raw materials and study the production of paints and lacquers.
Because of the war and the submarine blockade, he was not able to return home to Denmark as planned, and instead he applied for and got a job in the American paint industry in Kansas City, where he soon advanced to Vice President of Cook Paint & Varnish Co.
However, Sigurd Dyrup was homesick and wanted to return to Denmark and put his skills to use there. In 1924, he returned and teamed up with two of his old schoolmates – Axel Monberg and Ejnar Thorsen*. They invested in a villa and set up a small factory in January 1928 and Dyrup & Co. A/S was established.
In America, Sigurd Dyrup had gained extensive knowledge about the latest developments in rust protection, and during the 1930´s he used this knowledge to develop the innovative product STÅLHUD (=STEEL SKIN) and introduced it to the Danish market. In 1932 Dyrup was the sole supplier of rust protection for a huge bridge building project in Denmark – Lillebæltsbroen, and it was time to expand.

The neighbourhood grew into a residential area and complaints were made about the production, so in 1934 Dyrup & Co. A/S bought a plot of 120,000 m2 of land in Gladsaxe 10 km north of Copenhagen and built a factory. The factory and offices have been extended several times over the years as the company grew. The site still houses the Danish production and offices.
During World War II (1940-1945), Denmark was occupied by Germany, and there was a great shortage of the required raw materials in Denmark. The situation called for innovative solutions, and many chemical solvents had to be replaced with water. Little did Sigurd Dyrup know that this change would benefit the production of environmentally friendly products in the future.
When the war ended in 1945 and border reopened, Dyrup was ready to face new challenges. A true export adventure began. The opportunity to build new factories abroad arose, and in 1947, the first Dyrup factory abroad was a reality in Sacavém just outside Lisbon in Portugal. Sadly, however, Sigurd Dyrup did not live long to enjoy the success, as he was taken seriously ill and died in 1949.

First Water Based in Europe

As early as in the 1950’s – long before environmental issues became a concern of the general public – Dyrup introduced Dyroton acrylic paint, which was based on water. In 1958, Dyrup made the first acrylic paint for faces and followed with another success by making the first water based glossy paint in Europe, which was launched in 1968. The consumption of organic solvents rapidly decreased, and the use of lead in the products was eliminated.

In 1969, Dyrup introduced a product, which was to revolutionize the wood stain and varnish market: BONDEX. The original Bondex was a product for treatment of wood surfaces, developed in translucent wood colours. After just a few years on the market, the new product was a gigantic success. One year France alone sold as much as 5 m litres.

During the 1990’s there was a change of direction. The industry was not doing well, which resulted in a greater focus on other markets in Europe. In the new millennium, Dyrup continued to increase its competencies and expertise within speciality products to meet the consumer needs. Nevertheless, more importantly Dyrup purchased GORI, which was and still is the market leader in wood protection in Scandinavia with roughly 40% market share.

In 2009, Dyrup sold off the industrial activities and in 2010 bout the Polish company Malfarb to strengthen the position in Eastern Europe.

Since 2012 Dyrup has been part of the world’s leading coating company: In January 2012, PPG Industries , which was established in Pittsburg in 1883, completed the purchase of Dyrup from its owner, Monberg & Thorsen. The final transaction value was € 115 m ($ 150 m) and Dyrup is now a part of PPG Architectural Coatings EMEA. PPG has 47,000 employees in 70 countries.

*Monberg and Thorsen later established the largest Danish contracting company Monberg & Thorsen – present day called MT Højgaard after a merger, but still kept their ownership of Dyrup until the sale to American PPG in 2012. 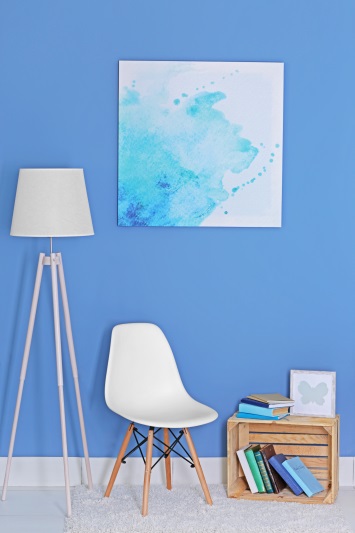